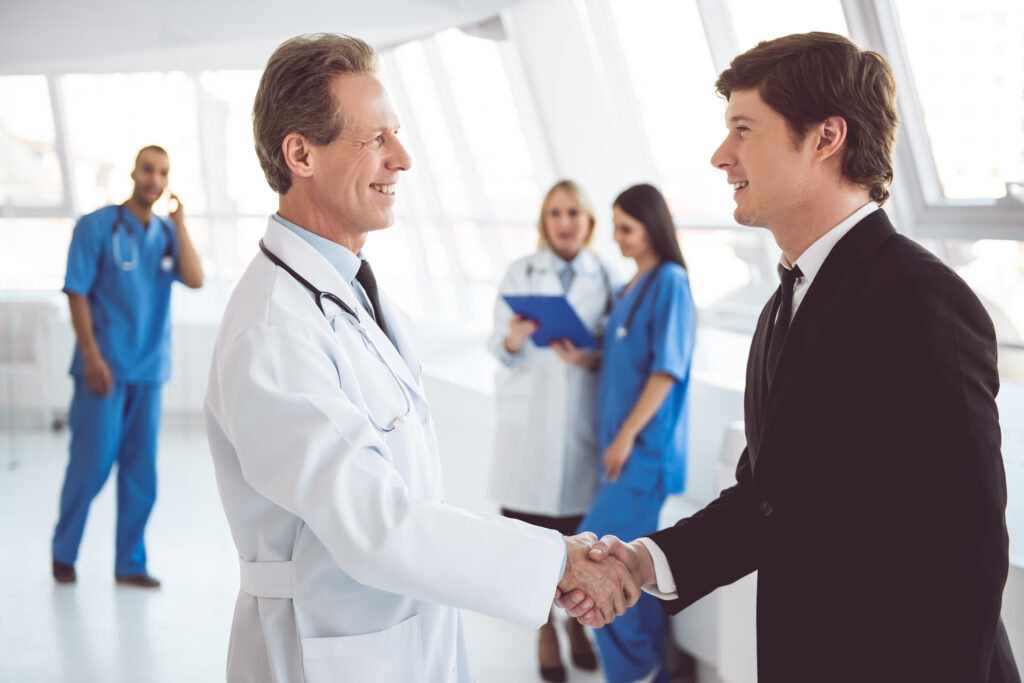 To a medical practice with struggling revenues, or one positioned for significant growth but without sufficient liquidity to make that happen, interest from a private equity firm can be exciting.  Invested funds can help pay off debt, grow the practice, and—most alluringly—result in a huge pay day for its physician owners.  Many physicians become blinded […]

How to Stop Your Legal Opponents in Their Tracks

It may be that a competitor has interfered with a business contract, an employee has stolen your trade secrets or breached a non-compete agreement, or a business partner has stolen from your company.  You have to go to court to protect the company though you’d rather not. An Easier Path Many lawyers follow the hard […]

What To Do When Your Business Partner Becomes Your Enemy

As a business owner, your priority is to protect and grow your company, and the last thing you want is a critical disagreement with your business partner. A partnership dispute not only disrupts your business, it can become both a stressful personal and professional experience.  “If you find yourself in a bitter fight with a […]

Texas aligned itself with the vast majority of the country by passing the Texas Uniform Trade Secrets Act.  Importantly, this new law provides that a court may enjoin “actual or threatened misappropriation” of Trade Secrets. The act broadly defines Trade Secrets as “[I]nformation, including a formula, pattern, compilation, program, device, method, technique, process, financial data, […]

Many times in partnership disputes, litigators arrive at the scene after the dispute has erupted and the lawsuit has started or parties are entrenched in their positions and a lawsuit is the only way out. Since that is the usual set of facts I get confronted with, there are always instances in the lawsuit when […]

On May 8, 2013, the Ashish Mahendru and the Mahendru, PC team helped his client obtain a jury verdict in its favor for $1.17 million plus attorney’s fees of $95,000. The client purchased RINs, Renewable Identification Numbers, which are renewable fuel credits that are traded on the open market. The RINs were originally purchased from, Green Diesel, LLC, […]

After a marathon mediation session that started at 9:30 a.m. and ended at 2:15 a.m. the next day, I helped a fifty percent owner in a New Jersey corporation settle his dispute with his co-equal shareholder. The other shareholder claimed he and his wife had a 2 to 1 majority on the board of directors, […]

Management Rights Are Unique And Irreplaceable

In 2011, I was hired to represent some doctors against a hospital in Houston. The doctor clients were limited partners in the hospital, and the hospital decided to buy-out the interests of the limited partner doctors. The hospital invoked provision of the Texas Securities Act and basically attempted to rescind the original purchase of the […]

Non-Profits Can Also Face Deadlock And Internal Disputes Over Control

After floundering for months, a non-profit organization in Houston, Texas recently hired me to represent it. It is a staple of my practice to deal with business disputes in which partners or shareholders are fighting each other over control of the company. One partner takes some steps to harm the interests of the other partner, […]

Rapid Action To Save A Partner’s Interest

On Tuesday morning, June 19, 2012, we obtained a Temporary Restraining Order and injunction for a client in a partnership dispute. Triton Investment Group owned 46.5% in a Wyoming limited liability company headquartered in Houston. Another member/owner of the limited liability company, Texas Energy, decided to lock out Triton Investment Group from the company. The […]